Most of the components used for modern aircraft and helicopters consist of aluminium alloys or composite materials or combinations of these materials. This has to do with the prevention of material fatigue at simultaneous low weight.  When machining aviation components, the main focus is on process reliability. PCD tools from MAPAL meet this requirement to a high degree and also have impressively long tool lives and produce the best machining results.

In aircraft construction, thousands of bores have to be drilled into composite components and material assemblies for riveted connections. Solid carbide drills with a diamond coating are usually used for this. However, these are unsuitable for special applications. The limits are to be pushed back even further, especially with extremely high demands on tool life, process reliability and quality of the bore.

MAPAL has developed a new PCD drill for machining composite materials such as CFRP (carbon fibre reinforced plastic) and multilayer composites made of aluminium and CFRP in assembly. The drill distinguishes itself through its continuous PCD cutting edge. Up to now tips made of solid carbide have mostly been used in the centre, only the sides were PCD-tipped. However, the interruption of the cutting edge caused instability at the transitions and the brazed gap tended to break out. MAPAL has eliminated this instability with the new tool.

The PCD cutter, polished on both sides, is inserted into the slotted tool body made of solid carbide. This makes the whole system particularly stable. The drill centres itself very well due to the tip angle of 115˚. The differential tip angle of 80° ensures a clean bore exit without delamination.

The drill is convincing during customer applications not just because of its high process reliability. A long tool life is an added bonus. In this case, holes for bolts are made in a helicopter component. The component consists of 50 mm thick CFRP. The tool used so far had reached the end of its service life after 50 bores. With higher cutting values and a significantly better quality of bore, the customer can drill over 80 bores at a diameter of 19 mm with the PCD drill from MAPAL - an increase of 60 percent compared to tools with only PCD tipped sides.

When machining the structural components of aircraft wings made of aluminium, a large portion of the existing material is removed by machining. For roughing the chambers or pockets inside the wing MAPAL has a solid carbide milling cutter, the OptiMill-SPM-Rough, in its portfolio, and this has already proven its performance many times over. However, this roughing cutter is only suitable for wet machining. Because: Solid carbide tools reach their limits when dry machining long-chipping aluminium alloys, such as those used in aircraft construction. Built-up edges quickly form, and the tools are subject to significant excessive wear.

There was an increasing demand for a tool for dry machining corresponding to the PCD-tipped milling cutter from MAPAL so that the chambers and pockets on the wing do not fill up with the cooling medium.

The geometry of the new milling cutter is in many ways identical to that of its solid carbide counterpart. The specially designed knurled roughing geometry ensures a soft cut and reduces process forces. It also gives the tool excellent plunging properties. The heat input into the component is minimal.

Due to the considerably longer tool life of the PCD tool when dry machining long-chipping aluminium alloys compared to that of its solid carbide counterpart, its use is significantly more economical. The higher tool costs are quickly amortised. 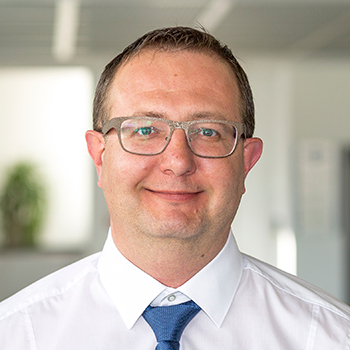